Get involed and help save more lives by donating as little as £10. You could help us train the next generation of Obstreticians.

The following candidates were successful at completing selected modules of the first trimester program on ScanTrainer, and received £200 each:

We wish to thank Mrs Megan and Kealan Hunter for their generous donation. Congratulations on their big day on the 8th of September 2018. 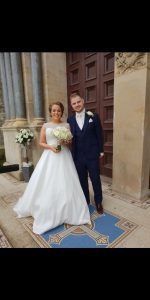 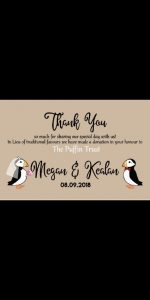 The Puffin Trust wishes to thank Heather and Andrew Burns and all the children of Riverdale Primary school for raising £850 !!! A big Thank You !! 🙂

The Puffin Trust wishes to thank Mrs and Mr McAuley and family, including their delightful son, Josh,  for their generous donation of £2000.

The following has successfully completed the scan audit on biparietal diameter and abdominal circumference for the year 2015:

Clinical utility of 3D Doppler ultrasound and maternal biomarkers in the prediction of pre-eclampsia in high risk women ( The PREDICT study).

An investigation into the effect of the mother’s birth experience and its impact on maternal  susceptibility to postnatal depression.

Additional ultrasound and Doppler training in the third trimester for midwives.

Back to Normality course, December 2012.

Our next grant round.

The deadline for the next Service Development Grant round is the 1st of March 2017. The award is for £1000.

To apply, please send the following information to [email protected]:

Names of other members of team

Short description of what is being proposed (less than 2 pages)

The Puffin Trust will host a Medico-Legal study day on the 5th March 2020. Please click on the flyer here.

The Puffin Trust will host a hands on Detailed Fetal Anomaly scanning course on Friday the 3rd of April 2020. For more information, click here